Edit
watch 01:36
We're Getting Mutants in the MCU - The Loop
Do you like this video?
Play Sound

The appearance of Gaston Donnat Bappa, a traditional chief from the Babimbi region in Cameroon, was one of the most prominent at eLearning Africa 2011. Dressed in colourful traditional robes, the Senior Information Technology consultant who holds a degree in information engineering and a diploma in banking and finance, delivered a presentation on the use of ICTs to support farmers in rural areas. In this interview, the chief expresses his concern that modern lifestyles jeopardise traditional cultures in Africa, and he explains how he exploits very modern technologies for his own purpose: to preserve the cultural heritage and ancestral knowledge of his community and the Basaa tribe.

==eLA: First of all, in your opinion, why is it so important to preserve local cultures and provide knowledge about people’s roots? == Chief Gaston Donnat Bappa: We must preserve our traditional culture by all means, if we want the current and the future young generations to survive in the globalising world that crushes all those who have lost touch with their roots.

Let me express my deep motivation for working towards the preservation of our traditional culture, which was vanishing along with our people, who are scattered in towns and in other countries (globalisation), not realising that they can only develop and grow if they recognise their ancestral foundation and culture.

This foundation includes, for example, ancestral customs and the specific organisation of the African traditional society which brings joy of life and a great respect for mankind. It includes a multitude of languages, each a treasure trove of rich knowledge that has yet to be explored. It includes Africa’s oral culture – stories and storytellers, griots, proverbs, myths and legends -, its totems, sorcerers and patriarchs, its folklore, its pharmacopoeia which is beginning to be universally recognised, its art and crafts. All these are treasures that need t 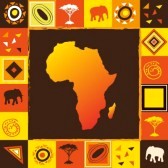 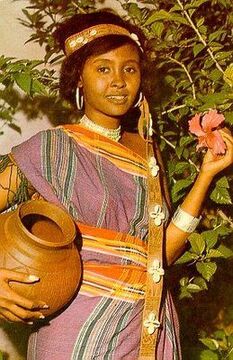 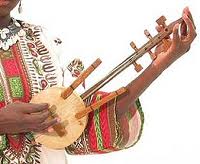 Now that traditional means of communication in Africa, mainly oral traditions, tom-toms or smoke messages, are being replaced by modern media such as print, radio, telephone, television, computer and the Internet, Africa is swamped by information and life styles that have nothing to do with its culture. However, these new Information and Communication Technologies can be used in much the same way as our ancestral methods to transmit and store knowledge, or even better. ==eLA: Can you give us a few examples of how you, as a traditional chief, use ICTs to preserve the culture of your community in Cameroon’s heavy forest area? == Chief Gaston Donnat Bappa: We must publicise and popularise new media, specifically radio, computers and the internet (the production costs of which are definitely the lowest, and the efficacy of which is unparalleled) in the villages, which remain the areas where ancestral knowledge is at its most vibrant. Rural populations will be able to benefit from this to ensure the survival and renaissance of their culture.

To do this, we have established a rural radio project in our area, and have started to create audio and video content on all aspects relating to life in our villages. This content is the knowledge that we want to preserve.

Rural libraries for the conservation of tradition will gradually be equipped with computers and subsequently connected to regional and national centres, and to the world. These specific libraries will then be able to perform the kind of public service tasks fulfilled by normal libraries, which consist of developing and preserving a varied, diverse range of content, and of offering fair, open and cost-effective – even free – access to this content, including in digital format, in order to facilitate formal and informal education, research and innovation.

The aura of our tradition, which I wear and carry around with me, and which I show and display everywhere when I am asked to do so, is one of the most powerful and effective instruments that I have at my disposal for its preservation.

For example, all of the participants at eLearning Africa know me thanks to my traditional robes. This would not be the case if I did not dress in traditional costume. Many participants whom I did not know at the beginning came up to me in the halls and corridors to take a souvenir photo, or to ask questions about my robe and my traditional instruments; all of the presenters at a theme session, both European and African, requested that I bestow an ancestral blessing upon the session, young Africans living in Europe have stopped me to ask me to correspond with them, because they feel the need to know their roots in African tradition, etc.

==eLA: What is the population of your village? Is there electricity and Internet access? == Chief Gaston Donnat Bappa: I am the chairperson of an association of 42 chiefs. That is 42 villages in our zone, named Babimbi 2. The population is about 5000 people. My own village, named Ndjock-Nkong, has about 200 people. Our work covers the entire Babimbi region and also covers all the Basaa tribe in the south and littoral zone of Cameroon.

Electricity is not yet available in many villages, including mine. But the public administration has started installing it. Some people use domestic energy generators. Internet access is not yet available. ==eLA: What was your main message in your presentation on the use of ICTs to support African farmers (“Contenu numérique pour la formation agricole des populations rurales en langues locales”) at eLearning Africa? == Chief Gaston Donnat Bappa: My message during this presentation was that despite the lack of electricity and Internet, we can start to make effective use of eLearning in our villages by developing appropriate digital content, in the local language, which is stored in an ICT infrastructure which is both light and energy-autonomous (with integrated solar power, for example) comprising netbook-type laptops on wireless networks, or even using mobile phones. This enables the lack of agricultural monitors to be overcome, and at least double farmers’ productivity for the same amount of work. ==eLA: What was your personal benefit from the conference? Any new collaborations? == Chief Gaston Donnat Bappa: I gained numerous benefits from the conference. I met many people who are interested in the rural world and in African tradition, and had beneficial exchanges, each bringing additional knowledge, and particularly aimed at the creation of an international group of people who are working to integrate the use of ICT in sectors which initially seemed unable to accommodate this.

The majority of the lectures which I attended, particularly in the plenary sessions, further convinced me to continue my work in my chosen field, i.e. the rural world and tradition. This is because the lectures which advocated our pure African roots in development strategies were most appreciated by the greater public.

In particular, I met a Zambian who described to me the organisation and power of traditional chiefdoms in the Zambian constitution, which is an interesting model for the development of the rural world. He is interested in working with me in this area.

I have also become specialised in professional training at all levels. In this area, my participation in the UNESCO-UNEVOC theme day was of great interest, as, amongst others, I met other organisations such as ICDL Africa, which in Africa represents the European body which develops administrative training and certification, ECDL (European Computer Driving License), whom we represent in Cameroon, and many more.

Community content is available under CC-BY-SA unless otherwise noted.
Advertisement