'We dedicate this African Traditions Electronic Encyclopedia to our father Madiba Nelson Mandela, the South-Africa' human rights and equal opportunities fighter and former President of the Republic, who is the 20th             and 21st century’s model of African traditionalist and progressist, for next human generations.

I would like to thank him, in its current very old days, for his commitment throughout his life for the human cause, in the pure African tradition, which does not develop hatred or revenge. For this online encyclopedia on African traditions dedicated to him, we take this statement that heads the website (www.nelsonmandela.org) of his Foundation called "Nelson Mandela Centre of Memory".

I quote: "The Nelson Mandela Centre of Memory Contributes to a society which remembers its pasts, listens to all its voices (the present), and pursues social justice in order to promote peace, human rights and democracy (the future)"
This means that there is no present without the past, nor future without the present. It is therefore vital for every human being to well know his past (history, culture, traditions, …), good or bad, in order for him to live a better present, so that he can face the future with greater confidence ...
THANK YOU PATRIARCH MADIBA. THANKS, HIS EXCELLENCY NELSON MANDELA, for what you have done, and that you continues doing for our humanity, despite your very advanced age, in the pure African tradition.

We now call all the sons of Africa; anywhere they are in the universe, to contribute freely but seriously to revive the traditions of Africa. We know they are so many, they are millions, from each of the great number of African tribes, even if many of them are almost similar all around Africa. .We know many of them are very good for humanity. We also know many of them can be lest good. But that is not the question. Africans must know their traditions and history and culture, particularly the one before the slavery and colonialization periods, that is before the 15th century, as the ones responsible of these world dark and shame periods invented their one traditions for Africa, to suit their views and inhuman objectives. They started changing African native and original identity, without which no genuine development can start.

THANK YOU FOR THE TIME YOU PROVIDE READING THESE PAGES, THEY ARE YOURS. ADD ARTICLES. IMPROVE THE EXISTING ONES, FREELY. YOUR CONTRIBUTIONS ARE A TREASURE. LET’S PROVIDE CURRENT AND NEXT GENERATIONS OF AFRICANS AND HUMANITY ALL WHAT WE HAVE LEARNT, ALL WHAT WE KNOW ABOUT OUR TRADITIONS, IN THIS SINGLE AREA, WHICH IS FREELY AVAILABLE WORLDWIDE.

THANKS AGAIN. YOU ARE WELCOME.

-ABOUT THE AFRICAN TRADITIONS ONLINE ENCYCLOPEDIA

-AFRICAN TRADITIONAL RELIGIONS AND THE PROMOTION OF COMMUNITY LIVING IN AFRICA

ABOUT THE AFRICAN TRADITIONS ONLINE ENCYCLOPEDIA[]

African traditions and history exist since a very long time, with the formation of the universe, 13.6 billion years ago (the big-bang), the first atoms and the first traces of life on earth, that is 3.8 billion years ago, and more specifically since 7 million years, the age of the oldest hominid ancestor of modern man ever found worldwide, named Tumaï, discovered in Africa (Republic of Chad) in year 2003, after many other ones of less age previously discovered in Ethiopia, Kenya, and Tanzania, all in Africa... Despite this evidence, the world has unfortunately established African history and traditions on the period covered by slavery (15th to 18th century) and colonialization (19th to 20th century). That is, since 500 years only, with invention of traditions by the occupying forces to legitimize their own position. Because of this, the great majority of Africans lost their roots and their native identity. We know it, without its roots, a tree cannot extract necessary nutriments from soil to growth and stay alive. Today, African individuals, communities, governments and nations have great difficulties to find their way, anywhere they are, for progress and development in this globalizing world. That is why Africa must restore its traditions and history, confront them to the “modern” world life, and find their way to progress and development by deciding and choosing what is suitable for them. All the people worldwide who have based their evolution on culture, traditions and history of others have failed. The ones who do it from their native roots and identity emerge and have rapid development. The Asian and all emerging and new developed countries are good examples of that affirmation.

African real and original and genuine traditions are still alive. We find it everywhere in daily life, in cultural expressions, in tribes and communities, in rural areas. There are already hundreds websites dedicated to it. There are already many African anthropologists and thousands of traditions specialists in all African countries and beyond. The knowledge of these traditions by all Africans, anywhere they are, is essential today, at the same level as science and technology, for progress and development of the continent. 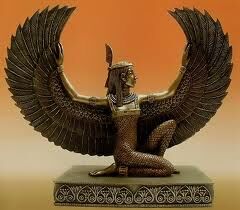 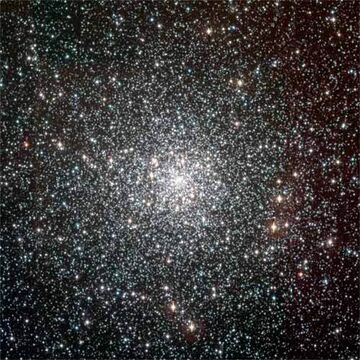 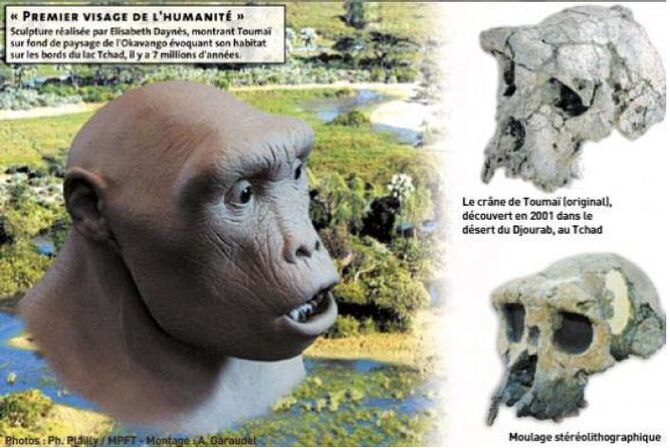 7 million years (Chad; Africa). The origin of humanity is in AFRICA

Africans must know what they have been really before, since antiquity. They must know how their ancestors and communities were organized… The well-known African oral culture, comprising myths, legends, folk songs, folk tales, proverbs and dance, provided by griots (walking dictionaries) and storytellers, verbal artists, is still active, to preserve native culture. We have musicology and ethnomusicology, with immemorial music and body expressions, folklore, songs, dances, games, which are carried out with the African communitarianism and communicative ‘joie de vivre.

Africa has specific and great variety of food, unalterable and inexhaustible arts and crafts and sculpture, a unique myriad of hundreds languages, each with specific indigenous knowledge which is useful to human life. We have provisions and laws for all stages of life, rites of passage and related ceremonies for birth, childhood, adolescence, adulthood, weddings, old age, connections to the dead (funerary ceremonies and funerals) and beyond. We have ancestral customs, beliefs, behaviors and morality:  conventions, norms, routines, and rules. African traditions have progressive laws for women (despite the common known contrary), men, for marriage and work.

There are African customary celebrations, lifestyles, manifestations and relationship, as tradition-oriented societies have been characterized in valuing filial piety, harmony and group welfare, stability and interdependence. We know African ancient religion specific spirituality, with animism, totems, sorcerers and patriarchs. African ancestral medicine and pharmacopeia have demonstrated its efficiency. Much more, the inheritance of African traditions in politics, philosophy, biology, archaeology, sociology where traditional society is opposed to modern and industrial one, in anthropology and African history, and many more.

Our motivation for this initiative

We are motivated to create and manage this online unique environment, a free electronic encyclopedia on African traditions, where contributors from all African tribes, communities and nations, will provide valuable and excellent multimedia content in all African and international languages nationwide spoken, for Africans and the entire humanity, as African traditions have a lot of aspects which will contribute to solution life problems of the current troubled and confused world.

Why an online electronic encyclopedia (eEncyclopedia)

A wide range of international references, with Wikipedia on top, define an encyclopedia as a comprehensive reference work – a compendium holding a summary of information from either all branches or a particular branch of knowledge. It is divided into articles or entries, which are usually accessed alphabetically by article name. Encyclopedia articles focus on factual information to cover the thing or concept for which the article name stands.

These on-line encyclopedias offer the additional advantage of being dynamic: new information can be presented almost immediately, rather than waiting for the next release of a static format, as with a disk- or paper-based publication. The 21st century has seen the dominance of wikis as popular encyclopedias.

Wikipedia has demonstrated among many others, the effectiveness of free collaborative co-authoring to create an electronic encyclopedia. Wales (the founder) has described Wikipedia as “an effort to create and distribute a multilingual free encyclopedia of the highest possible quality to every single person on the planet in their own language”.

It is that same objective we assign to contributors of this online Encyclopedia, to produce great amounts of genuine and quality content, thousands of excellent articles, from the rich and millions of years African traditions, culture and history, to get high profile and worldwide recognition, for the development of Affrica.

I agree with whose who affirm that, the purpose of an encyclopedia is to collect knowledge disseminated around the globe; to set forth its general system to the men with whom we live, and transmit it to those who will come after us, so that the work of preceding centuries will not become useless to the centuries to come; and so that our offspring, becoming better instructed, will at the same time become more virtuous and happy, and that we should not die without having rendered a service to the human race in the future years to come.

Our call to contributors

We call for all Africans, historians, anthropologists, archeologists, authors and writers, artists, teachers and professors, traditional Chiefs, Patriarchs,  specialists, (… etc.), who are interested or work on African traditions, to be involved in this initiative and contribute, to provide to the current and next generation of Africans and to the world, a single area where they find all what is about the near and far past of Africa.

We dedicate this African Tradition Electronic Encyclopedia to our father Madiba Nelson Mandela, the South Africa human rights and equal opportunities fighter and former President of the Republic, who is the 20th and 21st century’s model of African traditionalist and progressist, for next human generations.

Method of organization, structure and production of this eEncyclopedia

The importance of the structure of an encyclopedia is trivial, as per the huge number of articles it contents.  Some systematic method of organization is essential to making an encyclopedia usable as a work of reference. We know there have historically been two main methods of organizing printed encyclopedias: the alphabetical method or organization by hierarchical categories.

The alphabetical method is today the most common by far, especially for general works. The fluidity of electronic media, however, allows new possibilities for multiple methods of organization of the same content. Further, electronic media offer previously unimaginable capabilities for search, indexing and cross reference.

Traditions have various origins and fields.

-Origins of traditions:  The most important element in African society is the family. A clan is a small group of families with similar heritage and language. A tribe is also a group of families, wider than a clan. A tradition pertains to a group of homogenous people, hierarchically organized. That is a family, a clan, a tribe, a community which can stay in same or many physical geographical areas (village, town, region, country or continent).

Origin of traditions is more significant, as traditions of the same field can be different from one origin to another. That is why we propose to organize our encyclopedia with origin being categories, and fields of traditions being sub-categories in each origin...

So we are going to classify articles by origin categories. An origin being a clan, a tribe, or any homogenous group of people or community, having the same ancestors and speaking the same or almost the same language. With each origin linked to a country, for more clear reference.

Fields of traditions are very significant. They are also categories in our wiki. As we can select many categories for the same article, the contributor will at least select the origin category and the fields category for his article.

As modern multimedia and the information age have evolved, they have had an ever-increasing effect on the collection, verification, summation, and presentation of information of all kinds. These are new methods of production of knowledge, as information retrieval becomes simpler.

Photos and videos are a great way to add visuals to your wiki. Find videos about your topic by exploring Wikia's Video Library.

Community content is available under CC-BY-SA unless otherwise noted.